As a Real Estate Photographer living and working in the Pacific Northwest, we often photograph properties on cloudy, gray, dull-sky days. Like most people living in this region, we know that clear to partly cloudy skies can be absolutely beautiful! Some of the best dynamics in the sky exist when there is a mixture of clouds and blue sky. But for Realtors with tight schedules, it is not always possible to schedule to photograph a property on a clear or partly cloudy day.

BestLight Photography offers a fix for the gray, dull-skies in real estate photography! We have taken, optimized, and archived over one hundred pictures of dynamic skies to 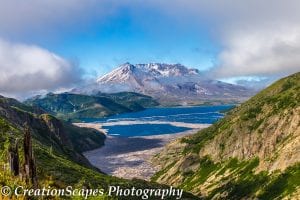 On May 18, 1980 Mount St Helens erupted with a blast force equal to 24 megatons of TNT. Virtually everything within an 8 mile radius was obliterated, this area is called the Direct blast zone. My son and I took a hike in the next zone out called the Channelized blast zone, this zone extended out as far as 19 miles in some areas. In this zone trees were broken off at the base and laid down in a parallel alignment, you can also find in this zone areas that were somewhat protected from the blast, the evidence to this is all of the standing dead trees.

I have been very interested in this area since the eruption and what the re-vegetation looks like. So thirty six plus years later my son and I decided to hike up to Norway Pass and then on to Mount Margaret, This hike gave us some very spectacular views of MT ST Helens, Spirit Lake and the surrounding areas. From one of our vantage points we could see five of the Stratovolcano’s in the Cascade’s. Mount Saint Helens, Mount Rainier, Mount Adams, Mount Hood and Mount Jefferson, the latter two are in Oregon.

On our hike we noticed that there are areas that are